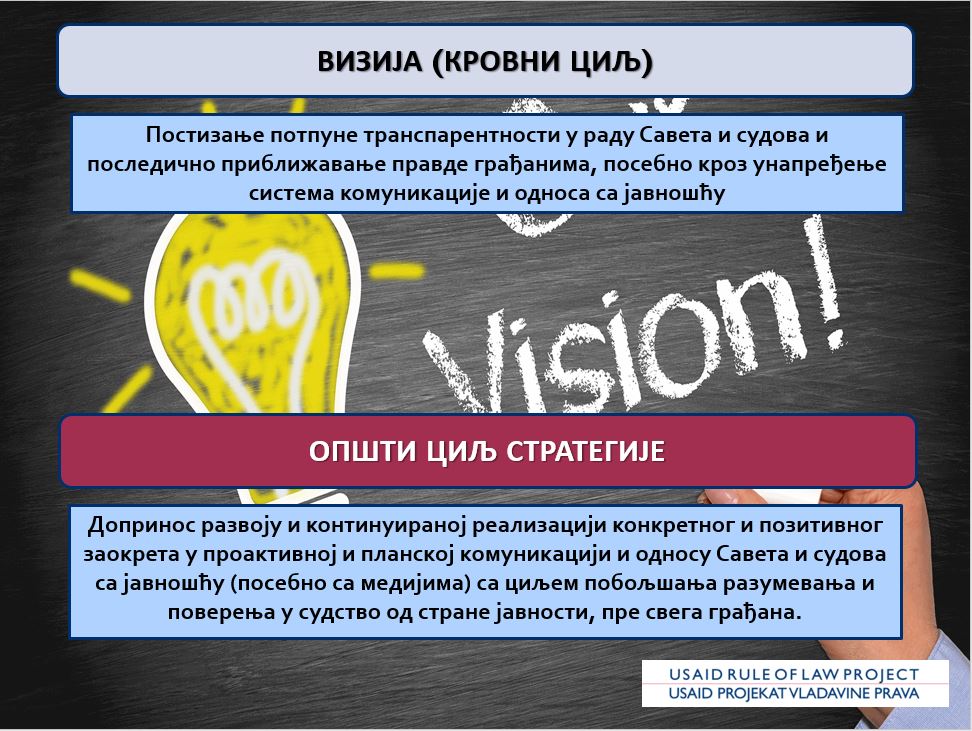 A DPI-led effort in Serbia, the USAID Rule of Law Project, supported the initiative of the country’s High Court Council and developed a 2018-2022 Communication Strategy for the Council and the Courts. The USAID Rule of Law Project developed this document as the basis for establishing proactive, consistent and strategic communication of the judicial system towards the citizens and the media as an integral part of their everyday operations. The Strategy envisages introducing professional PRs in courts, as well as creating a national court PR network which would allow for knowledge and experience sharing with regard to public and media relations.

This Strategy follows in the wake of the previous Communication Strategy of the High Court Council which covered the 2016-2018 period and was primarily aimed at this institution. Through constructive dialogue with the Council, the USAID Rule of Law Project has identified the strategic objective of the new Strategy in the direction of development and continuous realization of a concrete and positive shift in proactive and planned communication and public relations for the Council and the courts, primarily with the media, in order to increase understanding and build public trust into the judiciary. That is why the Communication Strategy now encompasses both the Council and the courts as interventions envisaged under specific goals have to be coordinated and implemented on the level of the whole system.

The Strategy was presented to representatives of all Serbian courts during the Annual Judges’ Conference that traditionally takes place every October. It was officially adopted by the High Court Council on November 26, 2018.