Corruption, Courts and Crisis: When Every Second Counts 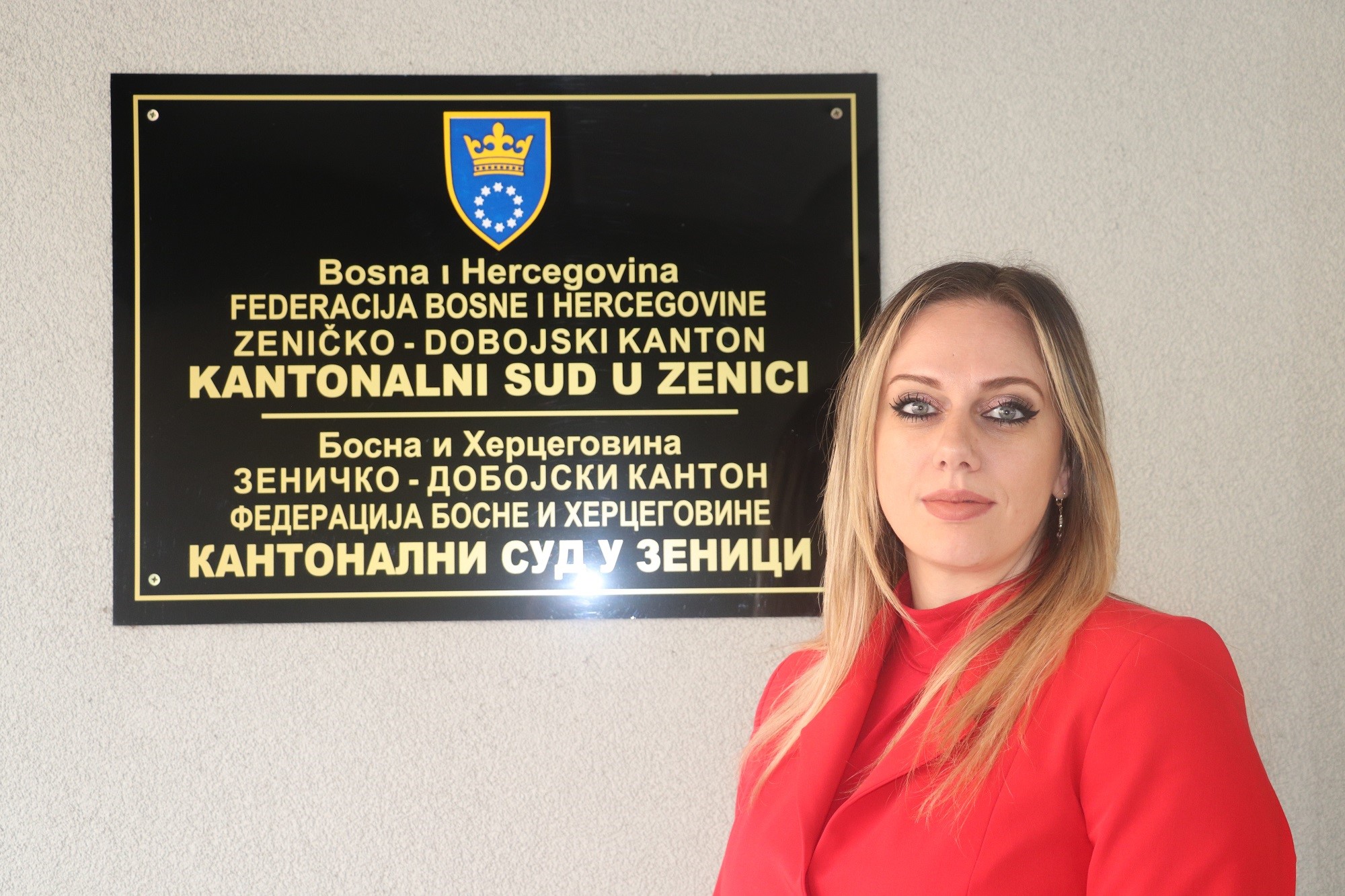 Facing crises often caused by the complexity of their work and the cases they process is part and parcel of everyday functioning for Bosnia and Herzegovina (BiH) courts. Their response in these situations is what can make or break a reputation of an institution, and affects the public perception of the entire judiciary. Edina Ćehajić, the public relations (PR) advisor at the Cantonal Court in Zenica, was fully aware of this when she assumed her position 3 years ago.

At the time, Edina had just recently graduated from law school and did not have much experience in public relations, yet she was keenly aware that procedures and safeguard mechanisms needed to be put in place to allow the court to adequately react and protect its public image. When her court partnered with USAID in October 2019, Edina began attending crisis communications trainings organized by USAID’s Judiciary Against Corruption Activity (JACA). The trainings helped her to identify the missing elements in her court’s institutional communication capacity – an overall strategy, crisis communication guidelines, and a dedicated crisis team in place.

“In a crisis, every minute and second counts. I can’t even imagine what would have happened if we hadn’t been prepared to effectively manage and communicate during this tough situation. We are very grateful for USAID and JACA’s support in these matters”, stated Edina Ćehajić, PR advisor at the Cantonal Court in Zenica.

In 2021, USAID JACA supported Edina’s court in developing a communication strategy. This as well as recommendations outlined in the Crisis Communication Guide for BiH courts and prosecutor’s offices, also developed by JACA, helped Edina’s court establish a permanent crisis communication team, boosting the court’s readiness to act in challenging circumstances by clearly delineating responsibilities, and presenting a united front to the public and the media.

Soon after adopting the court’s communication strategy, in December 2021, the Prosecutor’s Office in Zenica requested custody for a high-ranking local government member and his close associates. That night, mass protests were announced by citizens of Zenica in front of the court’s building. Edina and the court president, supported by the newly established crisis team, knew exactly what to do, and managed to stay calm. They maintained constant, proactive communication with the media and the public. Even though the crisis lasted long after midnight, it resolved relatively smoothly that night.

Most recently (in February 2022) during the court’s annual press conference, media representatives in Zenica commended the Cantonal Court in Zenica for efficient and proactive communication during this most recent crisis situation.