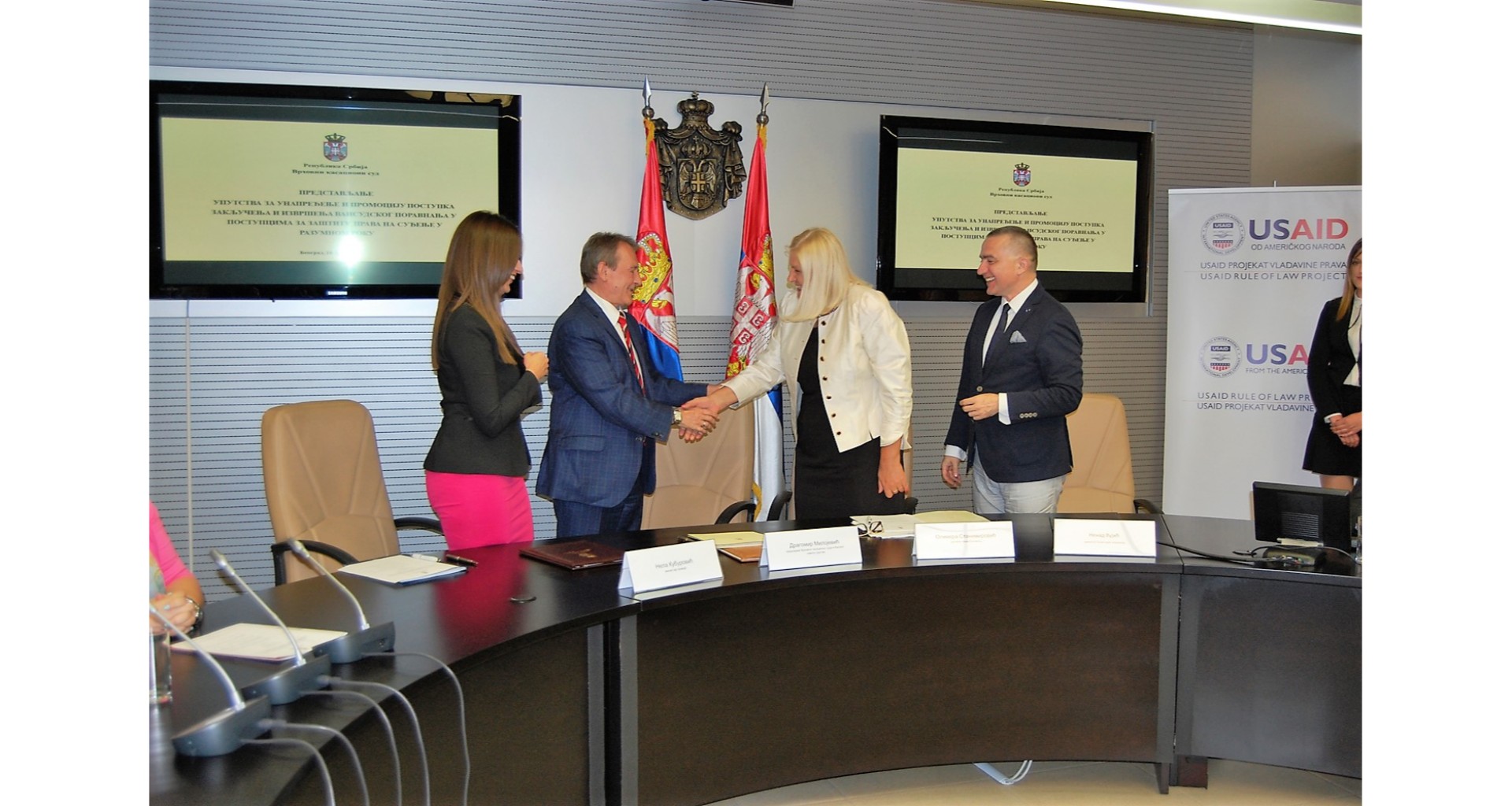 In 2017, Serbian courts have received 5.545 claims for compensation of damages in cases of violation of the right to trial within reasonable time. In case that minimum damages are sought in every case, and with minimum procedural costs, total amount that the state would have to pay in these cases is more than 2 million euros.

In addition to this, in the period 2004-2017, the European Court of Human Rights decided against Serbia in 29 cases related to violations of the right to trial within reasonable time, and in 36 cases related to the length of court proceedings. These decisions usually come in with a hefty price tag – within the past decade, on the basis of all decisions brought by the ECHR against Serbia, the state has had to pay out over 7,5 million euros in damages.

In response to these facts, the USAID Rule of Law Project, implemented by DPI, supported the initiative of the State Attorney’s Office to provide the citizens and the state, as parties to these procedures, with an easier way to dispute resolution, namely by entering into agreement on out-of-court settlement. The Guidelines for improving and promoting the procedure for concluding and enforcing settlement agreements in cases of the breach of the right to trial within reasonable time were signed last week in Belgrade by the Minister of Justice, Nela Kuburović, President of the Supreme Court of Cassation, Dragomir Milojević, State Attorney, Olivera Stanimirović and the Director of the Judicial Academy, Nenad Vujić.

"It is impossible to talk about the right to judicial protection if the proceedings are long and slow, tolerating lack of procedural discipline of the parties or other participants in the case.", said Dragomir Milojević, President of the Supreme Court of Cassation and the High Court Council.

The USAID Rule of Law Project will continue to provide support and monitor the implementation of the Guidelines, extending assistance with training judges and deputy SAs in cooperation with the judicial Academy, creating and disseminating agreement templates, and setting up a tracking mechanism with the State Attorney’s Office to be able to quantify the savings in budget and court days/costs.

“This instrument has triple benefits”, stated Olivera Stanimirović, State Attorney. “Citizens get faster access to damages, the backlog in courts is decreasing, and the state is saving money – not just by avoiding the full costs of a trial before a court, but by avoiding costly damages payments as cited in the ECHR decisions brought against Serbia.”