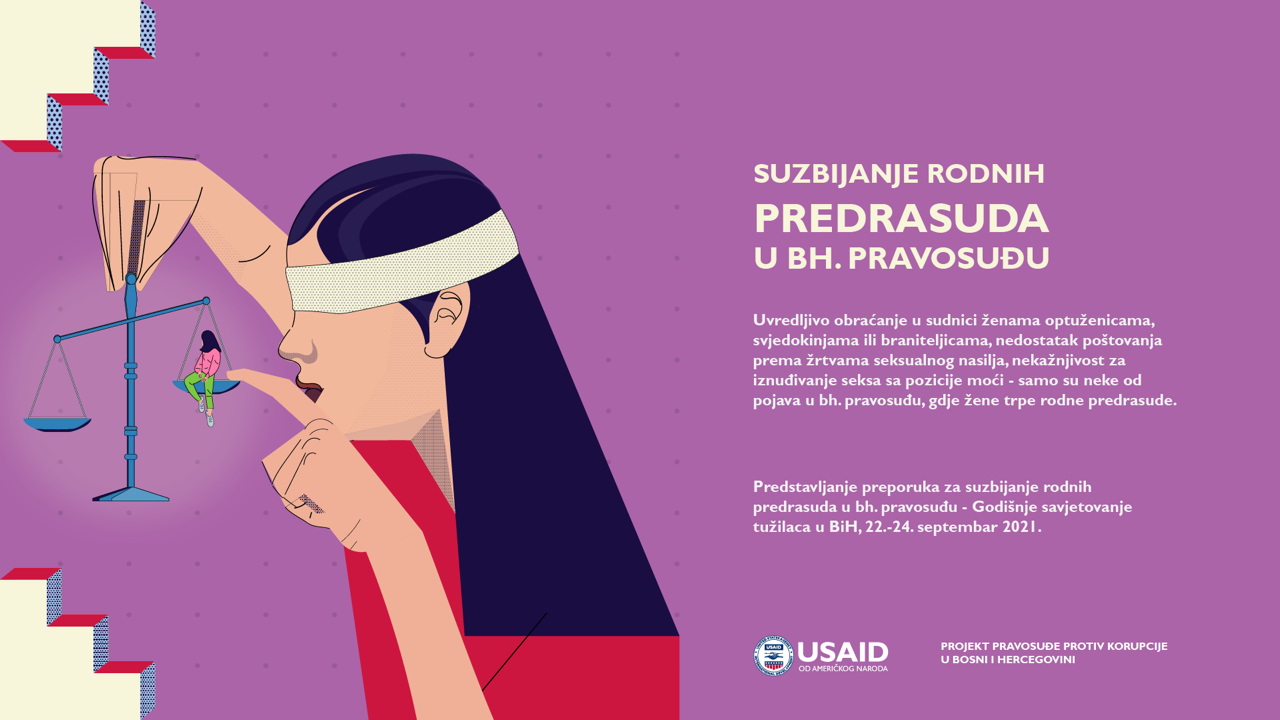 Neum, BiH - Insulting treatment to the accused women, female witnesses or defense attorneys in the courtroom, lack of respect for victims of sexual violence, impunity for sextortion - these are just some of the phenomena in the judiciary in Bosnia and Herzegovina (BiH), where women and members of vulnerable communities suffer gender bias. Different attitudes towards parties, based only on gender, or sexual orientation, but also gender identity or sexually motivated hate crimes, are all occurrences that are not being talked about enough. In order to change that trend, one of the key topics discussed during the USAID-supported Annual Jurisprudence Conference, dedicated to the harmonization of judicial and prosecutorial practices across BiH, was centered around ways to recognize and change prejudicial behaviors.

During the conference that took place last week in Neum, with support and facilitation from the USAID Judiciary Against Corruption Activity (JACA), judge of the Cantonal Court in Sarajevo, Adisa Zahiragić, presented recommendations for curbing gender prejudice in BiH courts. One of the recommendations was directed towards the judicial institutions taking a more proactive stance in informing the public on the outcomes – indictments and court rulings – in cases involving gender-based hate crime or sextortion. On the other hand, media should also have a role in a country-wide awareness campaign for protection of the gender equality.

The Second Annual Jurisprudence Conference was organized as a part of the Annual Conference for Prosecutors in partnership with US Embassy’s Office of Overseas Prosecutorial Development, Assistance and Training (OPDAT) and the HJPC’s Project on Strengthening Prosecutorial Capacities in Criminal Justice System. JACA presented and facilitated participants’ discussions on key findings and recommendations in the areas of harmonization of judicial practices, a methodology for analyzing sentencing policies in corruption, economic and organized crime cases, latent gender biases that may negatively influence processing of these cases, specific prosecutorial challenges in dealing with high profile cases, and human rights issues linked to the use of privately developed audio and video records in criminal procedures.