How to Identify and Advance Equitable Social Norms in GBV Context 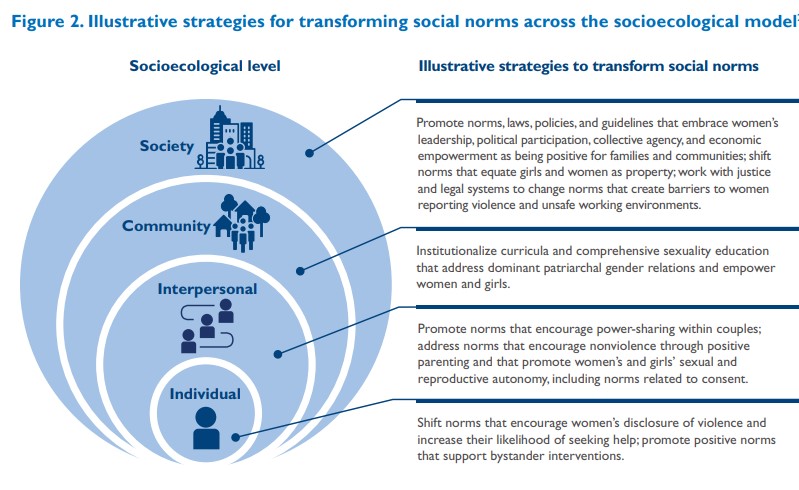 The goal of CARE-GBV is to strengthen USAID’s collective response to gender-based violence (GBV) in development programming globally. This first in a series of How To Notes produced in cooperation with our partners, Making Cents International, introduces the definition of social norms, including gender norms, and how they relate to GBV, as well as various tools to identify and address social norms. The Note is intended to support USAID Mission staff and implementing partners working to promote gender equity and norms that foster healthy relationships.

Social norms are collective beliefs about what is typical or appropriate. They can promote equitable or harmful behaviors or practices. Gender norms are a type of social norm that influence behavior based on expected gender roles and responsibilities. One root cause of GBV is the harmful gender norm that women and men are unequal. 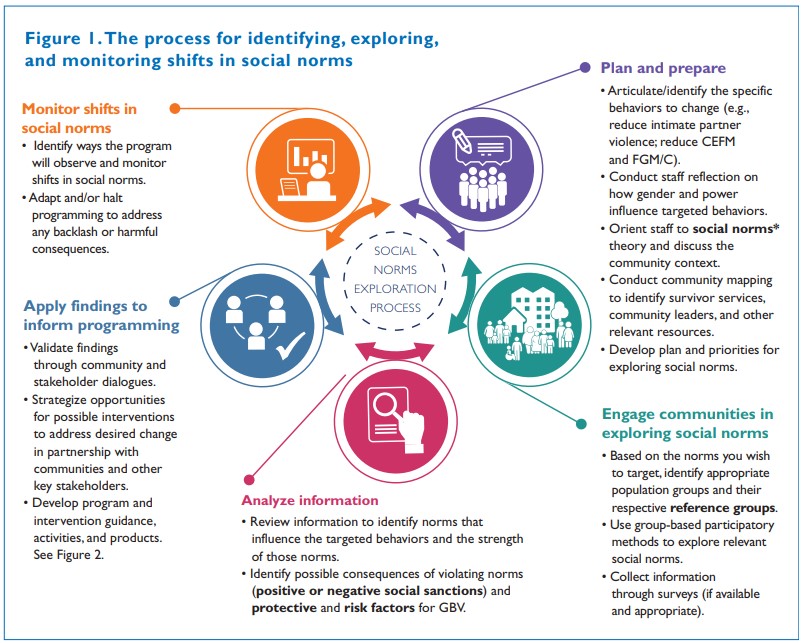 This imbalance of power is expressed by the Declaration on the Elimination of Violence Against Women as “a manifestation of historically unequal power relations between men and women, which have led to the domination over and discrimination against women by men and to the prevention of the full advancement of women.” GBV - including child, early, and forced marriage (CEFM); and female genital mutilation/cutting (FGM/C) - is normalized through patriarchal gender norms, behaviors, and practices that perpetuate the notion that men have more power than women or gender-nonconforming individuals. Social norms and violence reinforce one another—that is, inequitable norms can lead to violence, and violence can perpetuate inequitable norms.