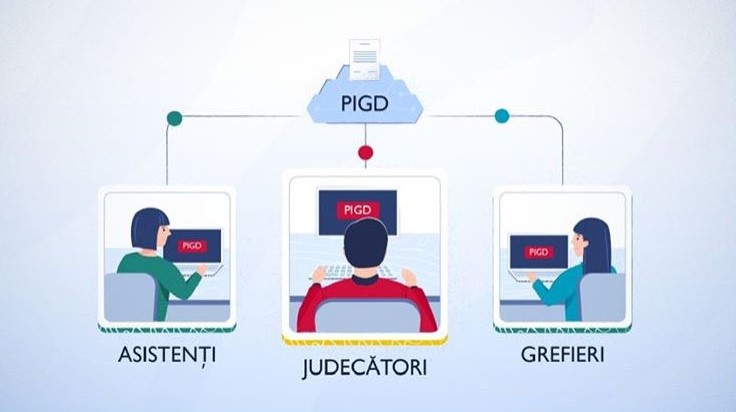 USAID Open Justice Project marked the end of 2019 by reaching an important milestone in project implementation: the new Integrated Case Management System (ICMS, or PIGD according to the Moldovan acronym) is rolled-out and operational in all 20 Moldovan courts (46 locations in total). The ICMS replaces the previous case management system which has been in use since 2009.

The new system was developed on a modern, state-of-the-art technological platform, enabling prolonged sustainability and better stability of the software regarding further upgrades and potential new module development.

The Project team employed careful change-management and sustained hands-on support during the process of migrating some 2.9 million cases from the old system into the new ICMS. Partner buy-in and user support were secured through training more than 1,870 judges and court staff members, and purchasing and installing 560 desktop computers in all Moldovan courts.