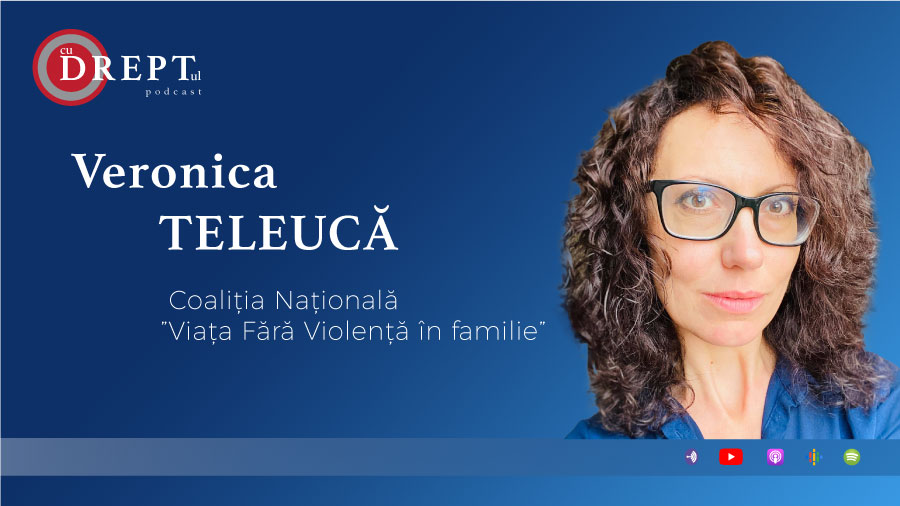 The statistics are grim: 73% of women in Moldova have endured some form of violence, at least once in their lives, mainly in their families. Every year, the brutality with which they are assaulted means death for about 30 of them. Even though it has been four years since the Republic of Moldova signed the Council of Europe Convention on Preventing and Combating Violence against Women and Domestic Violence, known as the Istanbul Convention, it was not ratified by the government in Chișinău.

Veronica Teleucă, the coordinator of the National Coalition “Life Without Family Violence”, spoke with the Cu DREPTuL podcast team about her work of the past almost 7 years. This national network, which includes 23 non-governmental organizations and public institutions, is providing services in the field of domestic violence by has not only directly helping victims, but also promoting their rights and making their voices heard.

More details of the interview in English can be found here.

As part of the National Campaign for Healthy Justice, the Access to Justice Project in Moldova supports Cu DREPTuL, a podcast on access to justice and human rights, which aims to be not only an informative but also an educational tool, useful to all interested in these topics in the Moldovan context. The podcast brings relevant speakers on a variety of issues including, legal support for the marginalized, children’s rights, domestic violence, human trafficking, state-supported legal aid, role of public defenders, etc.