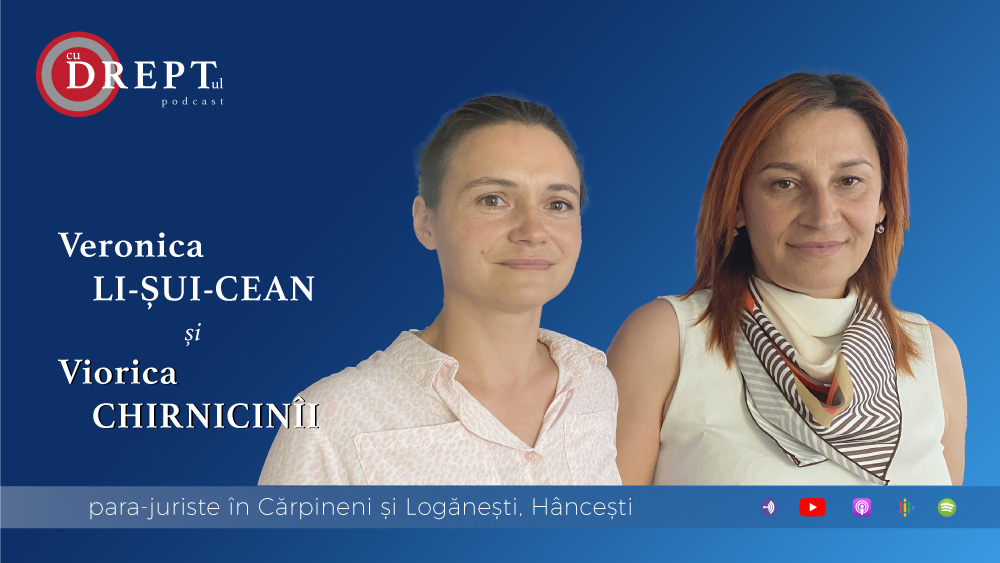 The paralegal profession is a relatively new one for the Republic of Moldova. The certification for becoming a paralegal has been around for 3 years, while it’s been 11 years since the idea was deployed as a pilot project. Paralegals are employed by the National Council for State-Guaranteed Legal Aid and their responsibility is primary legal advice to the community to which they belong. This means not only providing information and guidance to the competent bodies when the person has a problem, but especially delivering legal education to the public.

Currently, there are 64 paralegals in the Republic of Moldova, most of them in rural areas In this month’s episode of the Cu DREPTuL podcast, our team interviewed two paralegals from the Hâncești district: Veronica Li-Șui-Cean is a paralegal in Cărpineni commune, and Viorica Chirnicinîii, a paralegal in Logănești village, and the president of the National Association of Paralegals of Moldova.

More details of the interview in English can be found here.

As part of the National Campaign for Healthy Justice, the Access to Justice Project in Moldova supports Cu DREPTuL, a podcast on access to justice and human rights, which aims to be not only an informative but also an educational tool, useful to all interested in these topics in the Moldovan context. The podcast brings relevant speakers on a variety of issues including, legal support for the marginalized, children’s rights, domestic violence, human trafficking, state-supported legal aid, role of public defenders, etc.