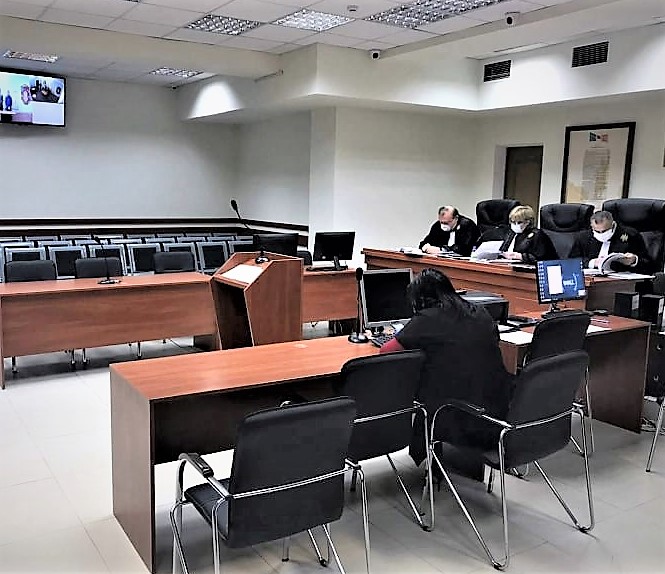 Videoconferencing was first piloted in Moldovan courts and penitentiaries in November 2018. Since then, approximately 8.500 remote court hearings have been conducted, with the authorities making considerable savings in costs related to transporting and escorting detainees to court hearings.

The restrictions brought upon the courts by the COVID-19 pandemic and the ensuing state of emergency measures, that were in force in Moldova from mid-March to mid-May this year, made videoconferencing an essential tool for maintaining court operations under these unprecedented circumstances. The courts conducted over 800 court hearings remotely in the most pressing cases in this period.

The state of emergency ended in May, but the majority of epidemiological measures remained in place. The number of remote court hearings increased as the legislative amendments made videoconferencing possible in all criminal cases. Between May 16, 2020 and October 23, 2020, more than 6.000 court hearings were conducted by videoconference.

The USAID Open Justice Project in Moldova facilitated this effort with remote hearing equipment procured first in June, and in October this year. Main locations – seats of all Moldovan courts received videoconferencing equipment in June, as well as the Superior Council of Magistracy, while the courts’ units were equipped in October. In total, 45 videoconferencing sets were procured and installed with USAID assistance.

As H.E., U.S. Ambassador to Moldova, Dereck J. Hogan, pointed out during the on-line press conference held in June, "I am proud of the role that the United States’ assistance played in protecting the right of access to justice in Moldova. While other countries are only now moving towards the transition to remote hearings, Moldova's judiciary and penitentiary system already have more than a year of experience in using video conferencing. It is encouraging to see that Moldova uses this system widely, even in times of public health emergency. All people, without exception, must benefit from a fast and fair trial, especially when they are in places of detention."

Additional information can be found here.