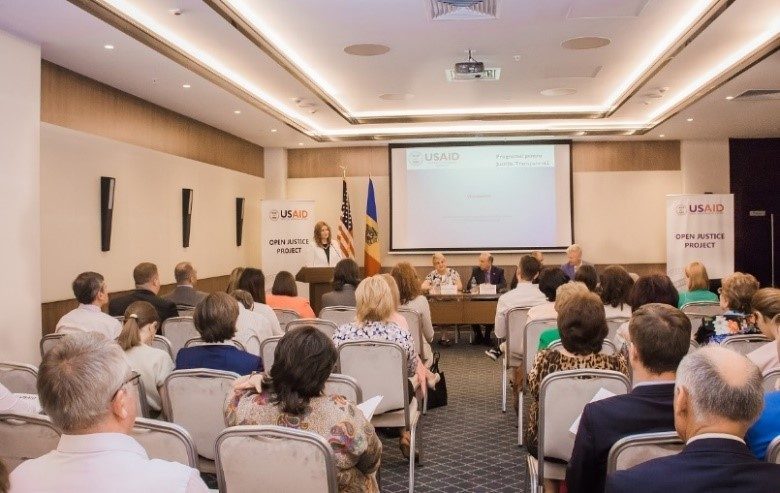 In the presence of representatives of the Moldovan judiciary, including the Minister of Justice, and the Chair of the Superior Council of Magistracy, as well as other international development partners, NGOs, and media, the new USAID judicial reform activity marked its official launch event.

The Open Justice Project aims to strengthen and improve the administration and transparency of institutions in the justice sector by using modern technologies accessible to citizens.

As U.S. Ambassador to Moldova, James D. Pettit, stated ‘America looks forward to continuing the partnership between the two countries to promote the rule of law and improve judicial efficiency and accountability in Moldova. These improvements will require the full support of the Ministry of Justice, the Superior Council of Magistracy, and the courts. Our goal is nothing less than a justice system the Moldovan people can be proud of’.

For the full report from the launch event, click here.