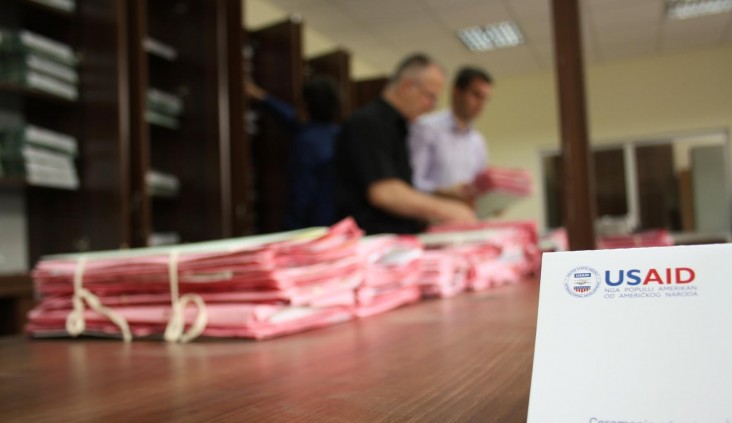 USAID’s Justice System Strengthening Program (JSSP) works to advance the rule of law in Kosovo and ensure it takes root. Building or prior reform efforts, the program is helping to develop a judicial system that adheres to high standards of efficiency, accountability, and professionalism. It also plays a leading role in integrating judicial structures in northern Kosovo that were inactive since the 2008 declaration of independence, thereby ensuring one justice system for all Kosovo citizens.

Objective 1: Strengthen the efficiency and effectiveness of the administration of justice and the delivery of quality services by the Kosovo Judicial Council and courts

Objective 2: Enhance the accountability and professionalism of justice system institutions and actors

Objective 3: Support the functioning and integration of judicial structures in the north of Kosovo.

JSSP developed a performance dashboard that was made publicly available on the official KJC website, which was also redesigned with JSSP support. The dashboard showcases some of the most important judicial performance data in a user-friendly infographic format, including clearance rates and trends (received vs. resolved cases), backlog cases (older than 2 years), and individual judges’ productivity.

JSSP is working with the KJC to develop an Ethics Advisory Board that will serve as an independent board advising judges on issues related to ethics and implementation of the Code of Judicial Conduct. Work is ongoing with both the judicial and the prosecutorial council to streamline the disciplinary process and enhance the implementation of the new law on disciplinary liability.

JSSP established a CSO-led mechanism for monitoring the publication of redacted judicial decisions, as well as supported a comprehensive court user satisfaction survey, presenting perceptions on efficiency, transparency and access to justice among citizens and lawyers.

JSSP has improved the integration of judicial structures in the north of Kosovo by streamlining and improving the work of court translation/interpretation services, as well as enabling access to continuous judicial education for judges and staff from this region. 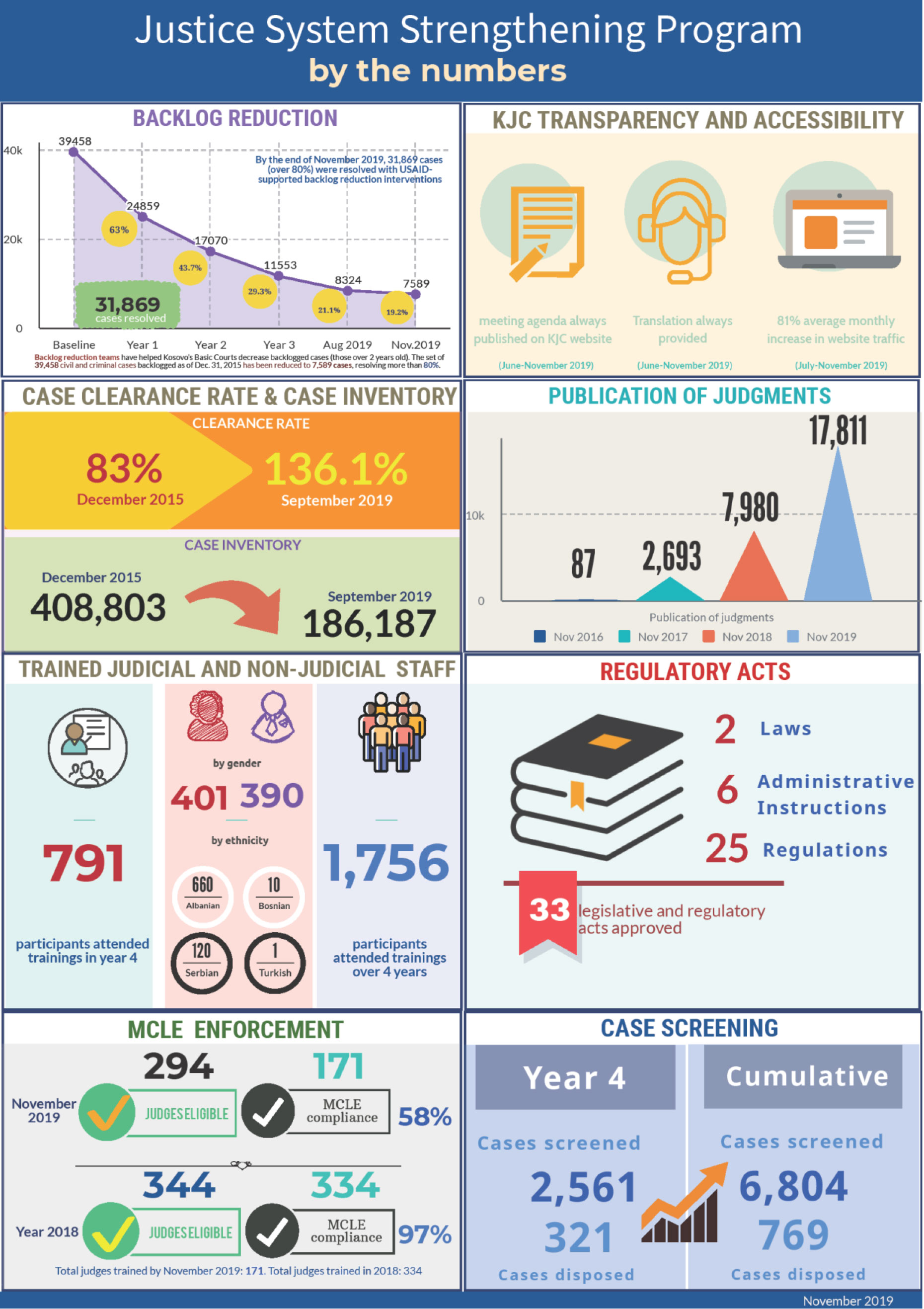 Sustainability Ensured for the Backlog Review Officers in Kosovo Courts